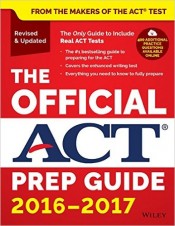 The new Official ACT Prep Guide, 2016 – 2017 1st Edition has been released in May 2016. This is the first major update to the Official ACT guide since 2011 and this guide is a complete disappointment. All my comments below are based on the analysis of the math section of the guide.

I just posted the video explanations to all of the math questions in the 2016 April ACT Form 73E Test. 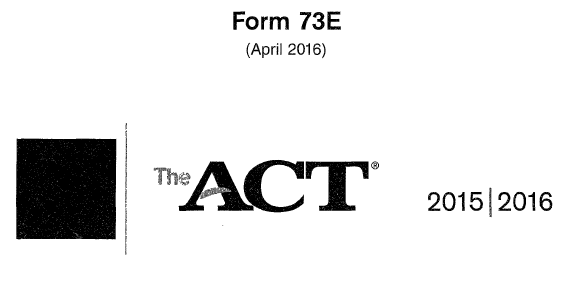 Try this ACT math practice question on zeros of a polynomial function:

The zeros of a function are those values of $x$ for which $f(x)=0$. Which of the following is the correct description of the zeros of the cubic polynomial $f(x)=2x^3+8x$ ?

Try this ACT math practice question on horizontal and vertical shifts of parabola and the resulting change in their equation:

In the $(x, y)$ coordinate plane, the graph of the parabola $y=-x^2$ is shifted 3 units up and 2 units to the left. Which of the following is an equation of the translated parabola?